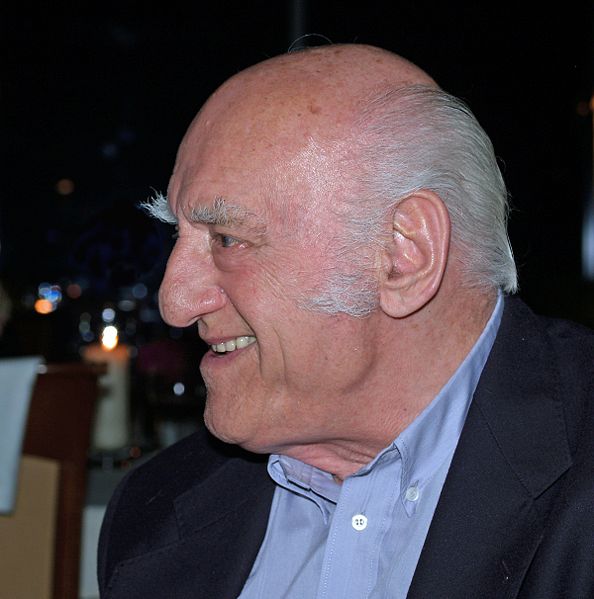 He was born on January 19, 1922 in Gwoździec. He attended a secondary school in Stanisławow, passed his A level exams in Cracow where he later studied at the Academy o f Fine Arts and the Film Institute (1946-1949). He simultaneously worked as a director’s assistant participating in shooting of first Polish post-war films – among others: Forbidden songs and The final stage. He was been working as an independent film director since 1951. Up to now; he has made 16 feature films, a few of them (e.g. Mother Joan of the Angels, Night Train, Death of President) awarded prizes at the most important European film festivals (Cannes, Venice, Berlin). They have been placed among the classics.
More then 9 million viewers came to see Pharaoh, which was nominated for the Oscar. Austeria is gaining esteem with time. His last film What for? is getting more and more fans. Most of Kawalerowicz’s films don’t … grow old with time.
Kawalerowicz has been the artistic manager of the film unit (a production house at present) Kadr where, with his active participation, the famous “polish film school” was born and where every tenth Polish feature film was made. In Kadr artists suchAndrzej Munk, Andrzej Wajda, Kazimierz Kutz, Tadeusz Konwicki, Jerzy Stefan Stawiński, Jerzy Antczak, Walerian Borowczyk, Jan Rybkowski, Jerzy Wójcik, Jan Lenica and many many others could make their ideas come true.
Jerzy Kawalerowicz was the co-founder and the first President of the Association of Polish Film-makers (1968-1978). He was been its honorary President since 1978. He is one of the initiators of the Polish Feature Film Festival. He lectured at the Polish Theatre, Television and Film Agency in Lodz form many years.
He received his Doctor Honoris Causa from Sorbonne in Paris in 1998.

Born in Gwoździec, Poland, Jerzy Kawalerowicz was noted for his powerful, detail-oriented imagery and the depth of ideas in his films. After working as an assistant director, he made his directorial debut with the 1951 film The Village Mill (Gromada). He was a leading figure in the Polish Film School, and his films Shadow (Cień, 1956) and Night Train (Pociąg, 1959) constitute some of that movement’s best work.

Other noted works by Kawalerowicz include Mother Joan of the Angels (Matka Joanna od aniolów, 1961) and a 1966 adaptation of Bolesław Prus’ historical novel, Pharaoh, which was nominated for the Academy Award for Best Foreign Language Film.[1]

In 1955 Kawalerowicz was appointed head of the prestigious KADR production unit. He held that position again in 1972. He always resisted pressures from the communist administration to produce propaganda films. His studio produced some of the best Polish movies by Andrzej Wajda, Tadeusz Konwicki and Juliusz Machulski. In 1976, he was the head of the jury at the 26th Berlin International Film Festival.[2] Two years later, his film Death of a President won the Silver Bear for an outstanding artistic contribution at the 1978 festival.[3]

In 1983 he alienated some of his peers by signing communist government reports criticizing filmmakers aligned with Solidarity.[citation needed] He died on December 27, 2007 in Warsaw, Poland. His film, Quo Vadis, had the largest budget for a Polish movie.[1]